Our friend "Father" Creswell came across some tickets for the 49ers game vs Arizona, so it was of to my first NFL game. Iain and Pat came along and we all had a great time laughing at the male cheerleaders and the two useless teams. The 49ers are having a terrible time of it again this year and the Cardinals aren't much better. We were two rows from the front in the end zone so as close to the action as you can get. Unfortunatly the 49ers lost 17-10. 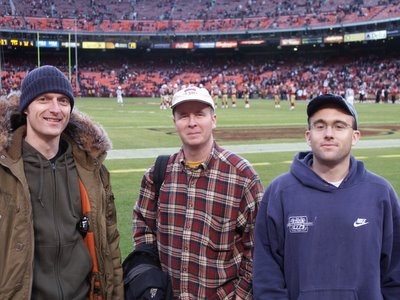 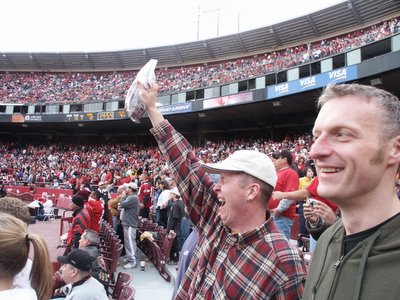 No it's not a touchdown, Creston gets incredibly excited by his chocolate covered apricots 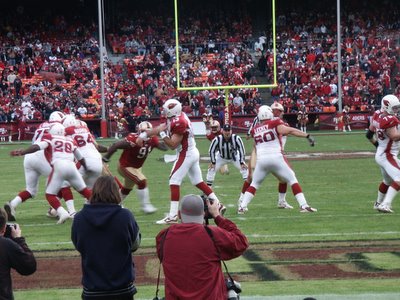 A whole lot of nothing 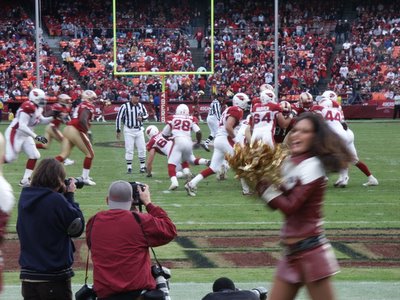 She's moving faster than the players! 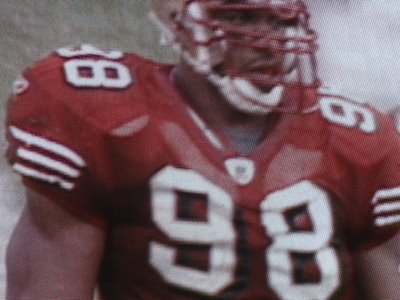 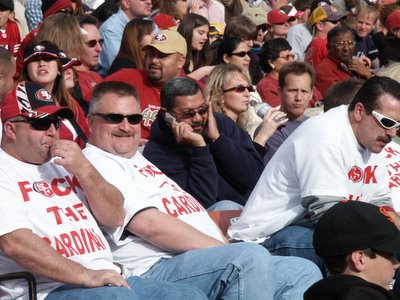 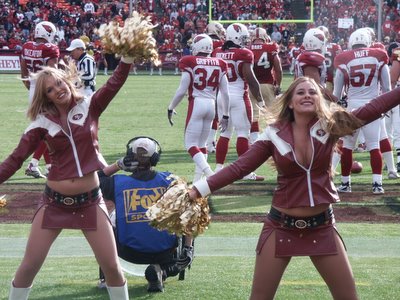 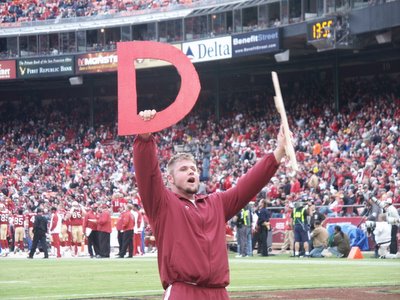 Was Thanksgiving weekend really only last week? Seems like months ago already.
Rob, I-boy and I drove to LA for the weekend and had a great time with him. It was a very relaxed weekend. We went shopping, went for a hike, watched some videos and just hung out a lot. Thanksgiving day, however, was somewhat unusual. We went out for a really great breakfast (at noon) and then went for a hike. After, we hung out with Carl's neighbors for a while. Around 8:00, I finally asked Carl if we could find a place to eat dinner. As you'll see in some follow up postings, Carl's apartment is not really set up for cooking. We headed off to Chinatown which, as a vegetarian, is one of the worst choices possible. We ate what may have been the worst chinese food I've ever tasted. But it was great to be with family--as you can see from the all the photos.